Provide the highest level of dynamic coaching to athletes as possible, while fostering and growing their love of the game in a fun environment. We want to challenge and inspire our athletes to succeed not only on the court as players but, also mirror the same integrity, sportsmanship, and empathy we try to instill in them into their daily lives.

Our Board Members & Volunteers

Evan Morris - Club founder; Director
Evan grew up as a multi-sport athlete with his focus on soccer as a young player. A potential scholarship in later years was thwarted by an unfortunate injury which halted his soccer career. Later, Evan began his volleyball coaching career when his sister needed a coach for her recreational team. He eventually coached under Luc Tremblay at Vision Volleyball Club for several years before founding Phoenix Volleyball Club in 2019. Now in mainly a consulting member role, Evan enjoys helping on the court whenever possible.

Chris Sommerhalder - Director; Operations
With prior experience as a youth baseball coach for his young sons, Chris stepped up to coach his daughters volleyball rec team after mini-volleyball and then on to elite teams. His daughter is now also a coach. Progressing through the years, he has continued learning and gaining valuable experience as a competitive elite-level coach and continues to mentor and inspire athletes to success. Chris followed along from Vision Volleyball to join Evan at Phoenix as head coach of the 14U team and continue on with them into the following season at 15U before the season was canceled due to covid lock downs. Leading the coaching program and the day to day operations of Phoenix is now Chris’s main focus behind the scenes.

Melanie St-Amant - Director; Treasurer
Mel brings experience as a volleyball parent and a financial guru. As our Treasurer, she ensures our bookkeeping gets done - properly.

Kathleen Fehr - Media & Communications
Kat is our social media/communications guru - if its been posted, shared, tick-tocked, or twittered, its probably been her.

Our success depends on our members and volunteers - thank you all !!

Be the first to know... get all the latest on new programs as well as and upcoming events or changes by signing up to our Newsletter.  Also, come and be part of our community by joining us on Instagram and Facebook. 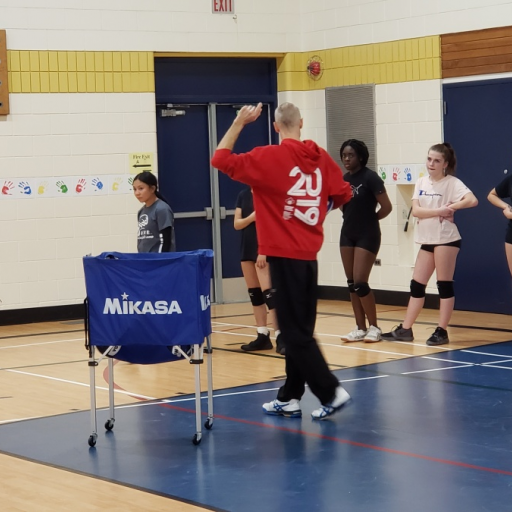